Dani Klein Modisett is the comedian-turned-author and editor of the book “Afterbirth…stories you won’t read in Parents magazine,” (St. Martin’s Press, 2009).  Based on the live show she created by the same name, the NY Post raved about “Afterbirth…” calling it “…the Vagina Monologues for the stroller set.” For more detailed history of show, and to hear the podcast and see video footage visit www.afterbirthstories.com.

Three years ago she launched a spin-off of this show.  This time the subject was marriage and she called it, “Not What I Signed Up For.” On these shows she and acclaimed actors and writers, perform original, funny stories about how marriage and parenting challenges them in unexpected ways. The performances have played to sold-out audiences in Boston, San Francisco and New York City.

Inspired by “Not What I Signed Up For,” Dani came up with the idea for her second book, “Take My Spouse, Please” (Shambhala Press, 2015).  In this book Dani interviews long term couples and explores how the cardinal rules of comedy, can help couples laugh more.

Dani recently completed a web series of Scripps Entertainment called “How To Stay Married,” which she wrote, produced and hosted.  These shows take on the major challenges of marriage like money, fighting, finances and sex and asks real couples how they manage them and keep smiling.

Dani also just launched a webseries the pilot for The NY Times using the “Take My Spouse, Please,” title, and subject matter to create docu-style shorts where she interviews long-term couples.

As a writer, Dani’s essays can be found in Lonely Planet’s “Lights, Camera, Travel,” edited by Andrew McCarthy and “The Cassoulet Saved Our Marriage: True Tales of Food, Family and How We Learn to Eat,” for Roost Books. Dani is also a frequent contributor to LA Parent Magazine, Huffington Post, and Parents Magazine.  She has also written for The LA Times, Brainchild Magazine, Momlogic.com, Hotmomsclub.com.  She has appeared on The Today Show, The Madeleine Brand Show, Jen and Barb’s “Mom Life,” and most recently on “Parental Discretion,” for NickMom.

Before children, Dani worked a comedian at clubs and colleges across the country.  She was also a member of the Broadway tour of “Twilight of the Golds,” and a member of  “Laughter on the 23rd Floor” company.  Dani made numerous television appearances on shows like “Law & Order,” and “Las Vegas,”

Dani taught Stand-up comedy at UCLA for nearly a decade and now teaches a workshop called “Writing For Performance.”  She is a graduate of Dartmouth College and lives in Los Angeles with her husband and two sons. 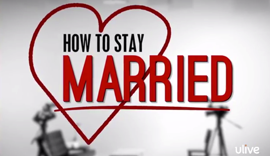